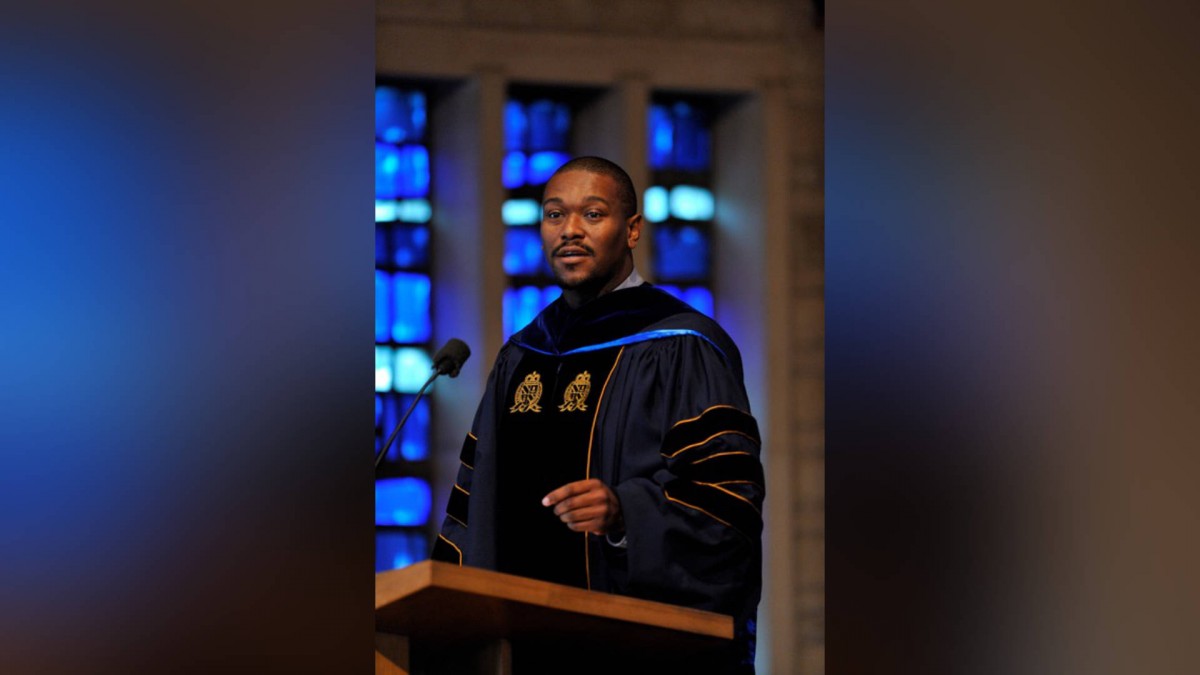 Join us from your computers, tablets, phones, and televisions on our YouTube channel.

He has served in numerous positions in undergraduate and graduate institutions as a professor – Assistant Professor of New Testament and Black Church Studies at Louisville Seminary and Religion and Biblical Studies at Claflin University, and an Associate Professor of Christian Studies at Bluefield College. He also served those institutions as an administrator – the founding director of Louisville Seminary’s Black Church Studies Program, Provost at Simmons College of Kentucky, and Dean of Institutional Effectiveness and Research at Bluefield College.

Brogdon is an accomplished writer. He is the author of several books such as A Companion to Philemon (Cascade 2018), The Spirituality of Black Preaching (Seymour Press 2016), The New Pentecostal Message? (Cascade 2015), Dying to Lead: The Disturbing Trend of Clergy Suicide (Seymour Press 2015), Hope on the Brink (Cascade 2013) and No Longer a Slave but a Brother (Scholars Press 2013). As a regular contributor to Christian Ethics Today and Black Politics Today, Brogdon authors numerous articles and book chapter essays for both academic and non-academic audiences.

Dr. Brogdon is also a public intellectual and sought-out preacher, lecturer, consultant, and panelist. Brogdon delivers lecture on Martin Luther King, Jr., the debate about reparations for African Americans, and recent protests about the death of George Floyd in colleges and for community organizations. He has developed academic courses on the study of Martin Luther King, Jr. for four educational institutions in Virginia and Kentucky. He has also lectured at Louisville Seminary, the Interdenominational Theological Center, Claflin University, and Radford University on nihilism in black America. Dr. Brogdon was the keynote speaker at a city-wide Martin Luther King dinner in Dayton OH, and received an invitation to the White House in 2014. Also, he is a special guest on Black Politics Today and presents workshops at major conferences like the Hampton Ministers Conference at Hampton University, the Global 21 Congress in Jerusalem, and the annual congress for the National Baptist Convention of America, International (NBCA). Brogdon is an ordained minister of twenty-seven years and has pastored churches in Virginia, West Virginia, Kentucky, and Ohio.