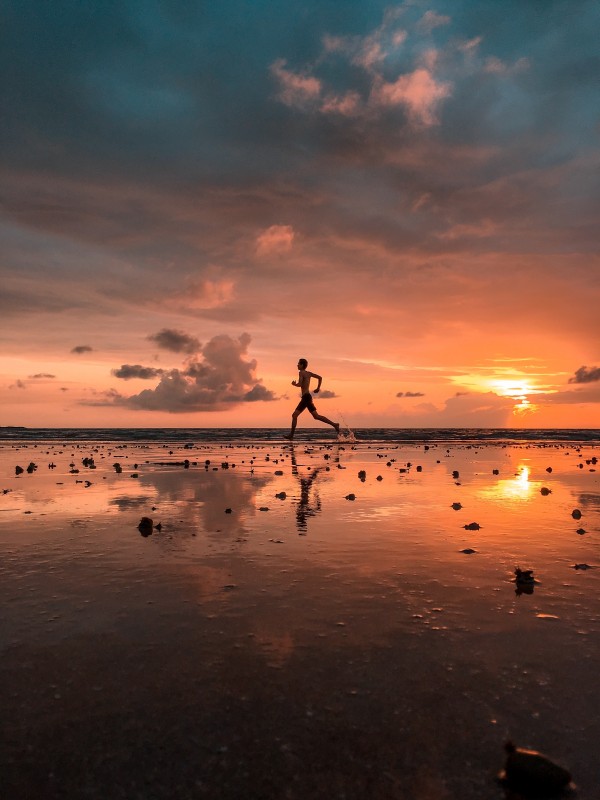 I first saw him three years ago while on vacation. “Well, there goes another nut running (literally) for public office,” I thought.  Maybe he wanted to be this island’s mayor, or police chief or dogcatcher.

He looked to be a bit north of 70 years old as he was crushing the five-mile long bike and running trail laid down parallel to the roadway.   Clipping along at a steady and healthy pace, he would wave, flash an enthusiastic thumbs up and offer an infectious smile to the passing cars with as much a joyful welcome as if we were all his long-lost grandchildren.

The hand-held sign he carried was my clue that he was running for something more than exercise.  I only saw the blank side, but I couldn’t help noticing how much he was into his advocacy.

Two days later I saw him again.  He was up to the same antics. This time my mounting curiosity caused me to slow down enough to make sure I could read that sign he was so passionately promoting.

It contained one word: “Love.”  That’s all.  “Love!”  This guy.  Running his heart out.  Waving and smiling like we were all his closest friends. Sharing his hope, without being intrusive or offensive.  I felt it.  From a stranger.  And it’s message and the messenger’s joy stayed with me long after the vacation was over.

When I saw him again, just a couple of weeks ago while vacationing in the same spot, I was excited.  He had kept at it.  He was preserving the faith.  He hadn’t lost his luster or his zeal.  This time his sign read: “Brave.”

He knew what we needed.  As I stood a little taller and ran a little stronger on my journey through life.