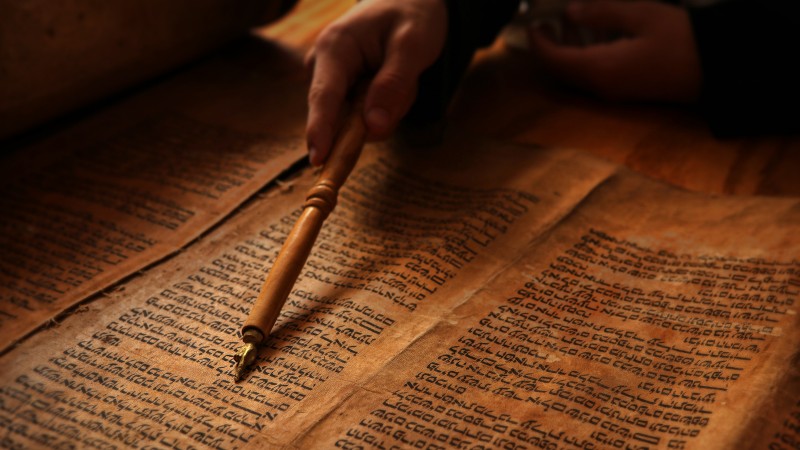 Teshuva (Repentance) Teshuvá is the key concept in the rabbinic view of sin, repentance, and forgiveness. The tradition is not of one mind on the steps one must take to repent of one's sins. However, almost all agree that repentance requires five elements: recognition of one's sins as sins (hakarát ha-chét'), remorse (charata), desisting from sin (azwât ha-chét'), restitution where possible (peira'ón), and confession (dút). "Recognition of one's sins as sins" is an act of one's intelligence and moral conscience. It involves knowing that certain actions are sinful, recognizing such actions in oneself as more than just lapses of praxis, and analyzing one's motives for sin as deeply as one can. For example, stealing from someone must be seen not only as a crime but also as a sin against another human and a violation of God's demands of us within the covenant. It also involves realizing that such acts are part of deeper patterns of relatedness and that they are motivated by some of the most profound and darkest elements in our being. "Remorse" is a feeling. It is composed of feelings of regret, of failure to maintain one's moral standards. It may also encompass feelings of being lost or trapped, of anguish, and perhaps of despair at our own sinfulness, as well as a feeling of being alienated from God and from our own deepest spiritual roots, of having abandoned our own inner selves. "Desisting from sin" is neither a moral-intellectual analysis nor a feeling; it is an action. It is a ceasing from sin, a desisting from the patterns of sinful action to which we have become addicted. Desisting from sin involves actually stopping the sinful action, consciously repressing thoughts and fantasies about the sinful activity, and making a firm commitment never to commit the sinful act again. "Restitution" is the act of making good, as best one can, for any damage done. If one has stolen, one must return the object or pay compensation. If one has damaged another's reputation, one must attempt to correct the injury to the offended party. "Confession" has two forms: ritual and personal. Ritual confession requires recitation of the liturgies of confession at their proper moments in the prayer life of the community. Personal confession requires individual confession before God as needed or inserting one's personal confession into the liturgy at designated moments. The more specific the personal confession, the better. One who follows these steps to teshuva is called a "penitent" (chozér be-teshuvá). The tradition is quite clear, however, that recognition of sin, remorse, restitution, and confession, if they are done without desisting from sin, do not constitute teshuva. Without ceasing one's sinful activity, one has only arrived at the "preliminaries to teshuva" (hirhurei teshuvä). Actual desisting from sin is what counts. Thus, if one desists from sinful action because one has been frightened into it, that is still teshuva and the person is considered a penitent. For example, if a person ceases to gamble compulsively because someone threatens to beat him severely the next time he does it, such a person is considered a penitent. Or, if a person ceases to steal because he has been told he will be sent to jail the next time it happens, such a person is considered a penitent. Furthermore, if a person becomes convinced that he or she will be punished in the life-after-death and ceases sinful action on that account, this person too is considered a penitent, though this motivation for desisting is higher than the previous ones because it is a function of a larger religious worldview which considers the wrongdoing as actual sin. Teshuva which is rooted in fear of humans or God is called "repentance rooted in fear" (teshuvá mi-yir'á) and, while not the highest form of teshuva, it is the core thereof. Reform of one's character through analysis of sin, remorse, restitution, and confession, when combined with the ceasing of sinful action, is called "repentance rooted in love" (teshuvá mei-ahavá). "Repentance rooted in love" is desirable but, without cessation of sin, reform of one's character is useless. Maimonides, the foremost halakhic (legal) and philosophic authority of rabbinic Judaism, lists desisting from sin as the very first step of teshuva. Rabbinic tradition teaches that all the steps to teshuva are necessary. Their interrelationship is best described as a spiral which touches each of the five points, yet advances with each turn. Thus, one may begin at any point — with action, analysis, remorse, restitution, or confession. However, as one repeats the steps of teshuva, again and again, one's analysis and remorse deepen, one's restitution and commitment to-desist become firmer, and one's confession becomes more profound. As one cycles through the five phases of teshuva, again and again, one's teshuva becomes more earnest, more serious. At its height, one achieves "full teshuva" (teshuvá gemurá) which would require full consciousness and action such that, given the same situation, one would refrain from the sin for which one had repented. Sinfulness is a very deep dimension of human existence and dealing with it calls upon all our spiritual, intellectual, emotional, and moral resources — even when we recognize that ceasing to sin is the base-line of repentance.

RABBI DAVID R. BLUMENTHAL served as the Jay and Leslie Cohen Professor of Judaic Studies at Emory University, Atlanta. He is the author of Facing the Abusing God: A Theology of Protest (Westminster/John Knox), God at the Center (Jason Aronson), and The Banality of Good and Evil: A Social, Psychological, and Ethical Reflection (Georgetown University Press). He is now retired.