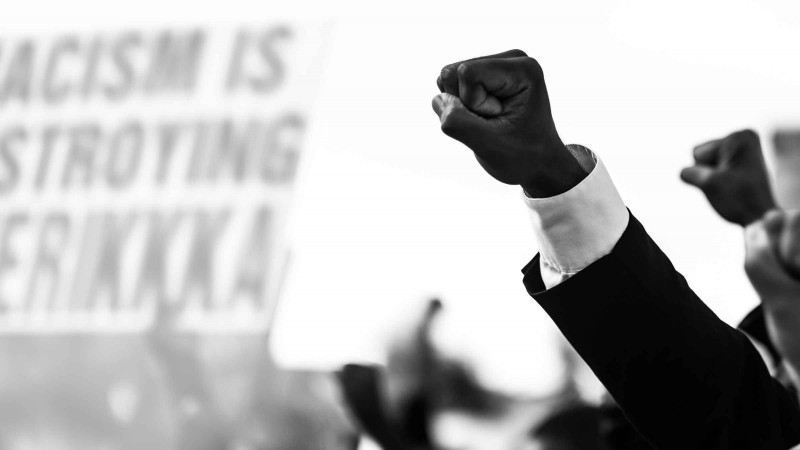 I am thinking of three specific dates this week in American history, and I hope you will remember them too.

The first occurred just five years ago on June 17, 2015.  On that date, a 21-year-old white man of slight built and small stature walked into one of the oldest African American congregations in America, the Mother Emanuel African Methodist Episcopal Church in Charleston, South Carolina. During a normal Wednesday night Bible study and prayer service, he was greeted cordially and warmly welcomed to participate in the church’s program.  After approximately one hour, he stood up, reached into the book bag he had brought into the church, took out a 45-caliber handgun, and started shooting.  Six minutes later, six women and three men, including the church’s pastor, all African-Americans were dead.  A ninth victim critically injured died later in the hospital.  They ranged in age from 87 to 26.  Grandmothers, other pastors, school educators, family members, even the church’s sexton meant no one any harm, ever.  Instead, they welcomed the stranger in their midst, a stranger influenced and conditioned by the evil of white supremacy who would visit unthinkable horror upon them.

The second date to remember occurs two days later on the calendar, June 19th.  That’s the day in 1865, after a full two months from Lee’s surrender at Appomattox and President Lincoln’s assignation in April, when Union troops under the direction of General Gordon Granger issued the Emancipation Proclamation to over 250,000 enslaved African Americans living in Galveston, Texas.  Though it would take the ratification of the 13th Amendment by the end of that year to officially make slavery illegal across the nation, June 19th (commonly called Juneneeth) has been recognized as American’s truer and more equitable Independence Day.

The final date is one I did not initially include in my remembrance,  but I should have.  It wasn't until I heard about a political rally planned in Tulsa for later this week that I realized another event in African American history also fell in the month of June, this time in the year 1921.  That year, on May 31 and June 1, we encounter two of the most heinous and shameful days in all of American history.  An event, so terrible it has been scrubbed from most of our history books and many white people admit they have never heard of it.

Bolstered by the economic successes following World War I, African Americans in Tulsa, Oklahoma had built a prosperous community of banks, businesses, homes, and churches in the Greenwood Avenue District.  Booker T. Washington called it Black Wall Street.  Yet, on those terrible days of late May and early June, it became the scene of a massive racial massacre perpetrated by the white community against their black neighbors, leaving over 300 dead and thousands of buildings and homes torched, bombed, and left burning.

These stories (I encourage you to read) are as shocking and repulsive as any that has ever occurred on American soil.  They speak to the frenzied madness of a crowd as revolting as innocent people being gunned down at church.   Equally disheartening, these events separated by almost 100 years reveal racial divisions that have left innocent black lives dead while many in the white community look the other way.

When this Friday, June 19th was first proposed as a time for a large, indoor gathering of predominately white people who likely would ridicule and discount the ugly and evil power of racial animus strongly entrenched in our country, it could not have been more offensive, especially to those paying close attention to these critical dates in African-American history.

This is the context that surrounds my conversation with congregational ally and dear friend, the Rev. Elder Kenneth Golphin.  The dialogue we recorded last Tuesday for this week’s Wednesday Vesper’s service was the day before news broke concerning the Tulsa rally (now moved to the 20th).  My original intention was to focus on Juneteeth, the celebration surrounding the Emancipation Proclamation.  He reminded me of the Emanuel 9.  The news reminded me of Tulsa.  All of it needs our faithful attention.

To my white community, I say we can bury our heads in the sand.  We can dodge responsibility.  We can hide behind code words and close shots.  We can pretend none of this matters to us or are really our problems.

Or we can be honest with ourselves and with these past and present realities.  It’s hard, but necessary work.  Perhaps, you might re-listen to Dr. Laura Leven’s sermon from yesterday or consider taking the class she is organizing with BSK faculty this summer.   I wish everyone had at least one book going on these issues.  We’ve offered many resources you can find to guide you.

If you’ve not started, it’s way past time sitting with these harsh and uncomfortable truths and realize what a long way we still most go and a great struggle we still must join before we can begin to ask God to heal our land.