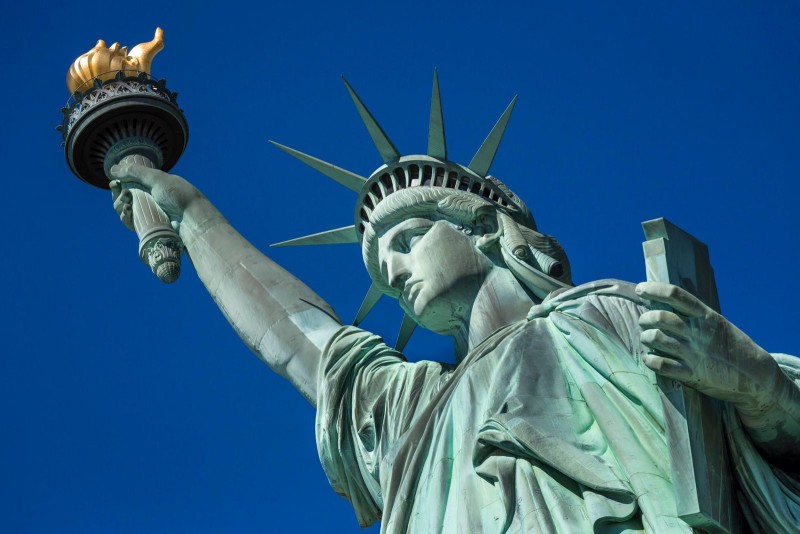 This week I listened to a devotional on the theme of liberty from a Baptist pastor.  Before addressing the spiritual liberty we have received over sin through Christ,  he spoke of the political liberty found in The Declaration of Independence of 1776 and the ensuing 5 years of the Revolutionary War that was needed to secure it.  He was right to distinguish between the hope of liberty and the fight that followed to gain it.

Later in the day, I watched a portion of an interview with James Baldwin from a 1984 documentary on The Statue of Liberty* produced by Ken Burns before his excellent documentary series on everything from the Civil War to Country Music made him a household name.  The brilliant social consciousness, authentic honesty, and prophetic works of Baldwin, who died in 1987, are experiencing a revival of attention.

Baldwin's unflinching clarity and courageous witness uncovered the inconvenient truths which many Americans are finally (it seems) more receptive to hear.  When asked about the definition of liberty he said, "We hold these truths to be self-evident that all men are created equal...and the moment I do that, I'm in trouble again because, but, obviously, I have not been included in that, in that pronouncement that they are endowed by the agreed of a certain alienable rights and among these rights are life, liberty and the pursuit of happiness."  This grand beacon of liberty welcoming immigrants and refugees into New York Bay since 1886, observed Baldwin, is a tragic comedy, promising new freedoms to the newcomer while denying it to so many others at home.

This illustrates what my Baptist colleague was right to identify in principle, but lost in application.  He is correct by half.  Liberty proclaimed is not always liberty experienced.  But this struggle for freedom is not time-bound to one "glorious" past, but is on-going and extends throughout time, reaching out to us and the ways we are called in our day to work for liberty's high expectations of us.

Dropped into the middle of our COVID-19 challenge of 2020 is this deeper, wider, and more serious attention to the issues of racial justice and equality.  You have seen our focus on these issues over the past several weeks.  I hope you have taken some time to read and study some of the suggested resources, but it's also likely you've felt overwhelmed, uncertain, and simply too busy with other matters.  Yet, as we continue to cope with social distancing, restricted movements, and banned social engagements, we might use this as an opportunity to look again at our history and re-imagine our future.

As I am working through this material, I discover my blindness to the depths of the stories, mostly from Americans of African descent, first forced into slavery, then pushed to the margins, crushed with persecutions and violence, offered meager, if any help for shelter, food or education for their families, treated unfairly by the criminal justice system, and denied so many privileges most of us have taken for granted. It's little wonder why their particular histories have been hidden and suppressed.  The unwittingly complicit response from the white liberal community doesn't need to break the silence of what is never known or wanted to be known.

These studies are awakening our land to the stubborn complexity of racial injustice and why we are six years shy of our 250th birthday and still lagging behind the God-given equality promised by that long ago cherished declaration for the liberty we've been taught to pledge for all, not for just some. They offer better insight into our other struggles for human rights, including gender equity and LGBTQ+ concerns.   A few years ago --remembering and learning about the arrest and suspicious death of Sandra Bland in Texas --we said we were on a "Journey for Justice."  But I believe it's time to take another step forward, if not a giant leap.  Journeys can meander and get lost.  We need focus, discipline, and a clearer destination if we intend to avoid repeating the same struggles and sufferings over and over again.

On the positive side, I've happened upon 13 essays you can find online to launch this conversation.  From this article in Business Insider they asked "Black sociology, history, and literature experts to share the most important nonfiction essays and works of journalism by Black authors on race and racism in America. The essays range from 'A Report from Occupied Territory' by James Baldwin to 'The Case for Reparations' by Ta-Nehisi Coates."

I'm asking you to spend some time over this July 4th weekend looking over these important essays.  They are an excellent primer to begin thinking about these vital issues for our nation.  They will broaden your understanding of liberty and what it means for us to strive to live up to our high ideals of human dignity and equality.   Then, in early August, I would like to sponsor a Zoom conversation for us to share what we've learned and where we would like to take this conversation forward as a community of faith.

In 1776 what began as a revolutionary idea is still unfolding before us. The struggle for liberty is not over.  As we grill the dogs and watch the fireworks, let's find the courage to remember our past, in all its glory and its shame.  A new future is taking shape. We are invited to join in and make an effort, figuring out how to make our own contribution.  As we celebrate Independence Day, let's remember to fight for it too.

*This documentary on The Statue of Liberty can still be found on Amazon Prime and Google Play through a modest cost that will be required.